The 2017 running of the Rocky Mountain Rally (RMR) was the second event on the Canadian Rally Championship calendar. RMR is a hard gravel rally. The roads are rough and can dish-out punishment to the vehicles. Temperatures this year hovered around 30° Celsius. Conditions were dry and dusty. A perfect setting for a Western Canadian Rally.

o The second driven by Brandon Semenuk and his co-driver John Hall.

•The Eastside Games R2 Ford Fiesta driven by Jason Bailey with Shane Patterson as his co-driver running in Open 2-wheeldrive.

•Rocket Rally Arrive & Drive customer Ken Wawryk and his co-driver and DirtFish’s very own Michelle Millerdriving an ex-Pat Richard MY08 Open-Class STi. This was Ken’s first rally, ever! 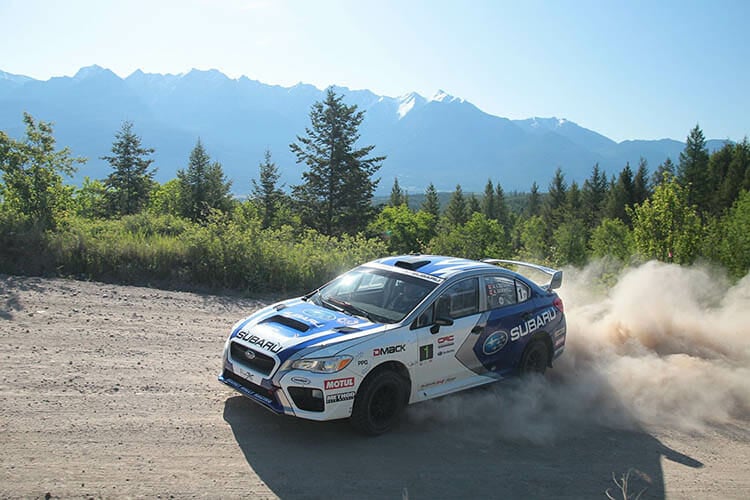 The weekend started strong with Antoine and Alan out front of a competitive field.Throughout SaturdayAntoine ran ahead of the pack while Brandon battled and pulled away from the rest of the field. At the end of the Day One Brandon was sitting in second place andSRTC was running clean and trouble free. Coming out of Sunday’s mid day service with a 2-minutelead over the Brandon in second place, with 2 stages remaining it appeared it was all but theirs to lose.

However, at the turn-around before the very last stage, a suspension issue developed causing a damper failure. Antoine and Alan improvised a repairthat held for a while, but eventually failedunder the strain, sending the car into the scenery, ending SRTC’s rally with just 8 km to go. This was a hard end to what was a textbook rally to that pointfor the SRTC team.

David Nickel’s rally also had high and low points. After resolving some setup issues on Saturday morning, Dave found his pace Saturday afternoon and carried it into Sunday morning. He continued to turn up the wick after Sunday’s first servicesetting top times with the leading pack. Then three minutes into Stage 8, Dave rolled his Crosstrek and crashed hard, ending his rally. Fortunately,the crew was OK. 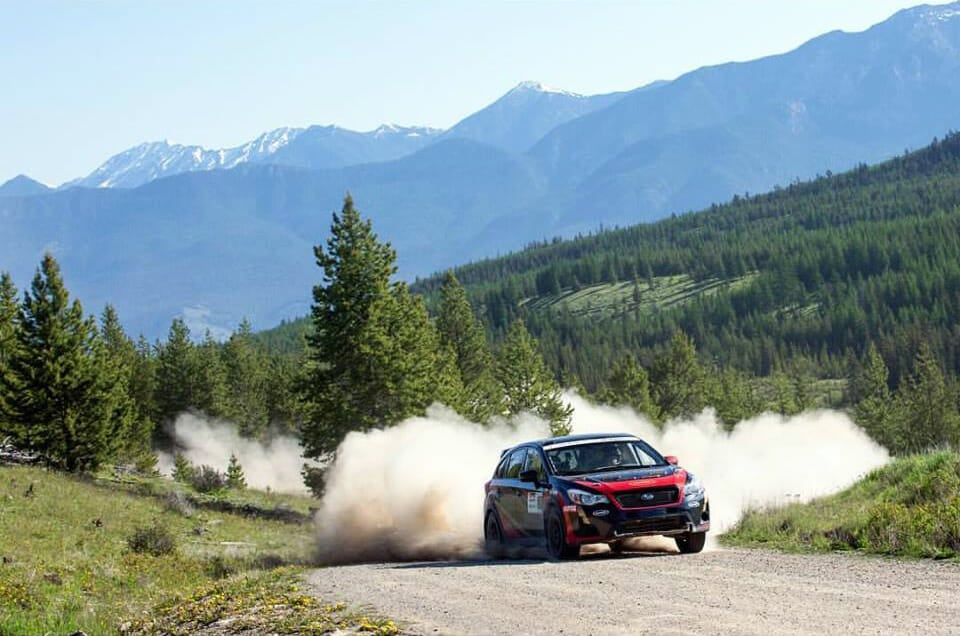 Amidst this drama, Brandon Semenuk whohad been running a consistent 2ndplace all weekend, now found himself staring down the barrel of a potential first-place finish. In acharacteristically measured and paced style, he held his rhythm, and brought his Crosstrek home to take the top podium spot and his first ever Canadian national rally victory.

Running in two-wheel open class, Jason Bailey got off to a rough start on Saturday when he clipped a large rock and damaged a damper on his R2 Fiesta. After limping back to service, his crew repaired the damage and sent him out. Unfortunately his luck didn’t improve, and another rock conspired to do similar work to yet another damper. Limping again back to service the crew repaired the damage and sent him out again. For the remainder of the rally Jason set class winning stage times. But the deficit was too much to overcome and in the end,the podium was not to be.

Lastly Ken Wawryk running in his first-ever rally made everything of the opportunity and did not put a foot wrong all weekend. Under the watchful eye of his experienced co-driver, Ken drove a strong rally, avoided damage to the car and incurred no penalties, bringing home a fifth in class finish as aregional entrant. 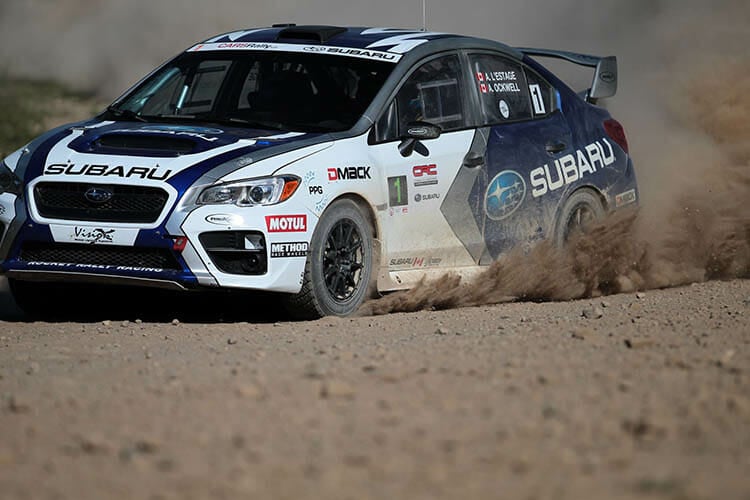 This wasn’t the result that Antoine was looking for. With a DNF in Perce Neige, he was on the hunt for points at Rocky. Yet with 5 events left on the calendar, there are 100points up for grabs and therefore lots of opportunity to fight for the driver’s title.

It was a good weekend for Subaru. With two Subaru’s on the National podium, they’ve collected important points towards the manufacturers championship, pushing them further ahead of Mitsubishi.

We use cookies to ensure that we give you the best experience on our website. If you continue to use this site we will assume that you are happy with it.Ok