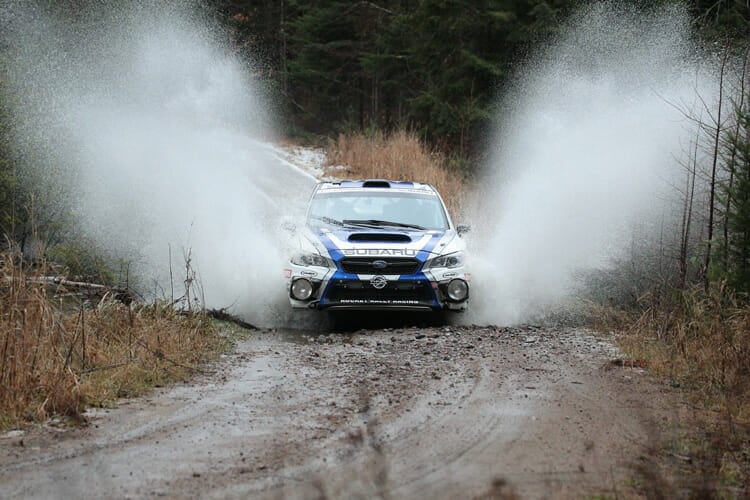 The Rally of the Tall Pines is known for fast, committing roads with lots of jumps, and all four seasons crammed into one weekend. It is consistent in only in its unpredictability.

For Antoine L’Estage and Alan Ockwell the 2017 Rally of the Tall Pines marked another dominant performance. The Subaru Rally Team Canada crew lead the rally from the beginning and held the lead throughout to the final stage. This marked the team’s 4th consecutive victory. The win brings Antoine within one rally of his 10th National Championship. This would be a record in the Canadian championships.

Conditions were mixed all weekend continuously transitioning from gravel to snow to slush and ice. Tire choice was critical. In the end Antoine brought the Rocket Rally prepared Subaru STI to the top step of the podium with a 3-minute lead over second place. A decisive victory, for certain.

The last stop on the 2017 calendar is at the Big White Winter Rally in Kelowna BC on December 9th and 10th .