The grand daddy, the big one, the whole enchilada happens at the end of the season with the SCORE International Baja 1000. This year would be different as it marked the 50th running of the famed off-road race in Baja California, Mexico where over 400 entries, thousands of competitors, crew and fans from 27 countries would fight to complete the 1100 mile endurance test.  The chewed up terrain stretching over vast deserts, mountain ranges and river crossings would extend racers completely through the night and for some racers, a grueling two nights.

Those teams that prepared for the long night with proper lighting set-ups would have the best chance at keeping a fast pace and surviving the unknown obstacles ahead.

Brandon Scheuler and Jagged X Racing led their Polaris RZR Side-by-Side to the front and through the night with XPR LED light bars shining. The multi-time SCORE champions secured their first Baja 1000 victory, and chalked up their third podium at this event. Brandon commented, “The broad light shining from the XPR LED bars light up the desert with no dull or dark spots, without a doubt they were a key component to winning this race.”

Wilson Motorsports campaigned two Class 1 Unlimited race cars, and confidence was high after the 2016 SCORE Baja 1000 victory and multiple podiums this year. Wilsons have proven their combination of 8500 Series HID lights and 18 LED Light Cannon/Transporters are the perfect set-up when traversing the vast change in terrain at speeds over 120 mph.  Driver of the #153, Brad Wilson commented, “My section was consumed in deep fog, but the trust I could put into my 18-LED Cannon/Transporters helped to push hard through the fog and still feel comfortable with the speed.” 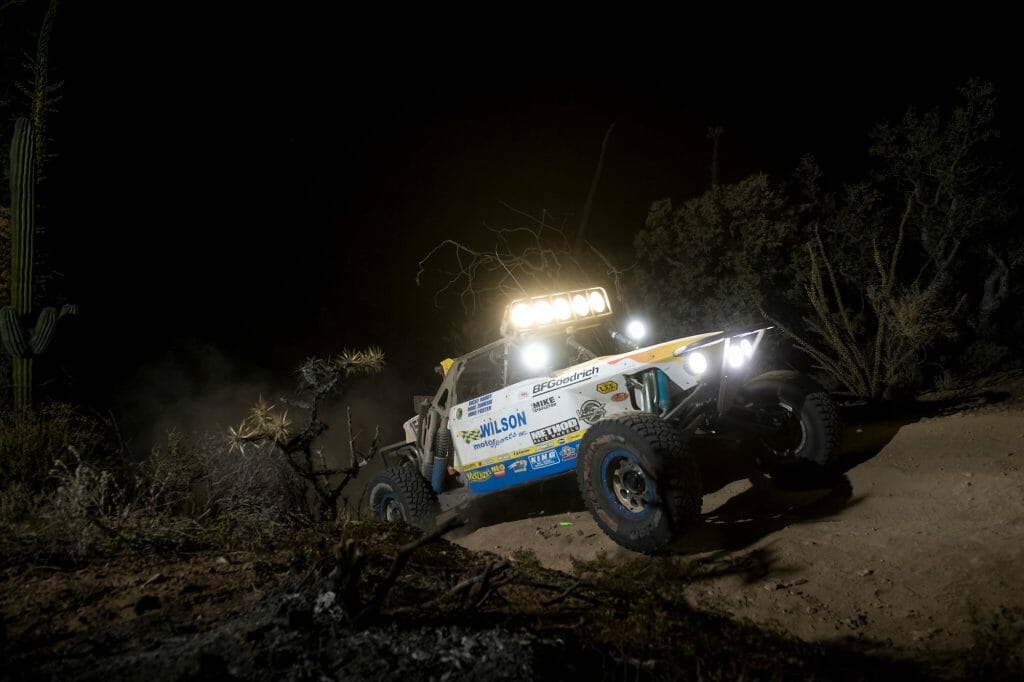 Brad Wilson drove the #153 Jimco Race Car to a second place finish, while cousin Brian Wilson took the #138 car to a fourth place finish.  The Top 4 finish was enough to secure the Class 1 Unlimited Championship for the #138 drivers of Brian Wilson, Randy Wilson and Kyle Quinn! 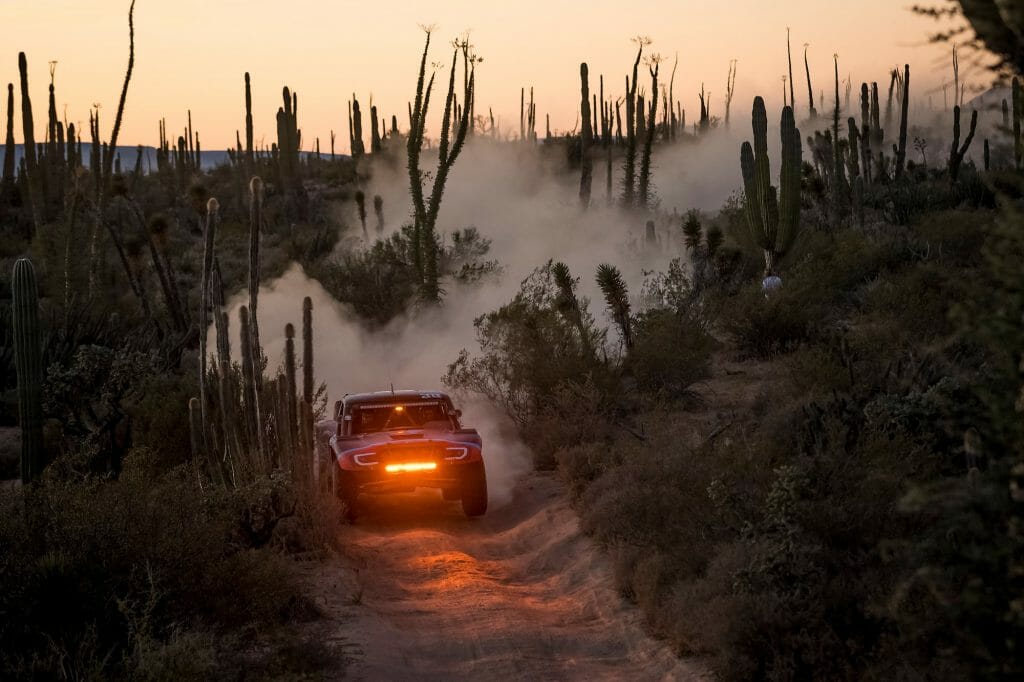 Eric Hustead and Brook Beckstrom debuting the Valvoline/Vision X branded #38 Trophy Truck took to the huge field of 33 Trucks. Utilizing the versatility and power of the 6.7” Light Cannons with Red dust covers and  Amber Xmitter Prime LED Bar penetrated the nightmare dust conditions many teams would see. In the end, Hustead tamed the Baja leaving 21 teams behind to secure his place in history as the 12th Trophy Truck finisher of the 50th SCORE Baja 1000! 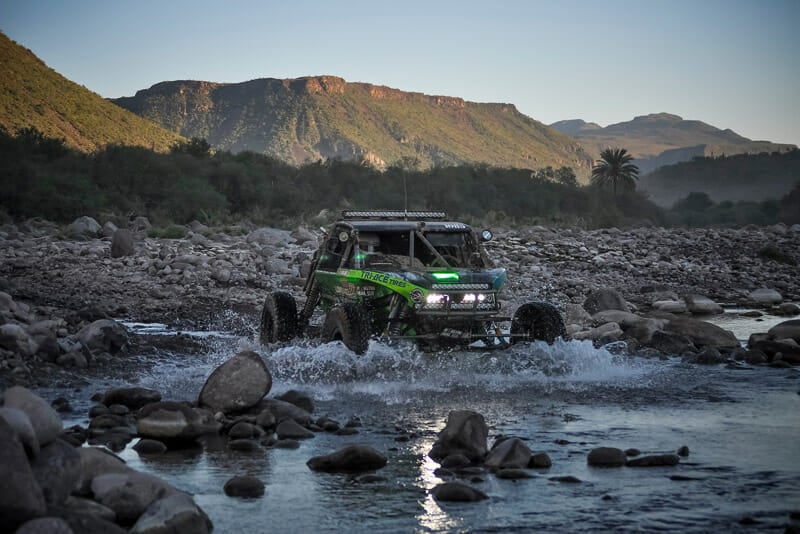 Green Army Motorsports, Justin Davis, had a roller coaster week with his XPRS equipped Class 10 car, dubbed Frogger.  Racer and long-time friend Larry Job flew in on short notice and took the wheel after the scheduled driving partner became ill. Larry’s great effort gave Davis a great position. Davis commented, “The XPRS Race Series bars were awesome to see through the heavy fog and silt. We now have multiple wins and podiums on these Vision X light bars and can’t say enough about them.”  Davis would power-through and finish on the podium in 3rd place! 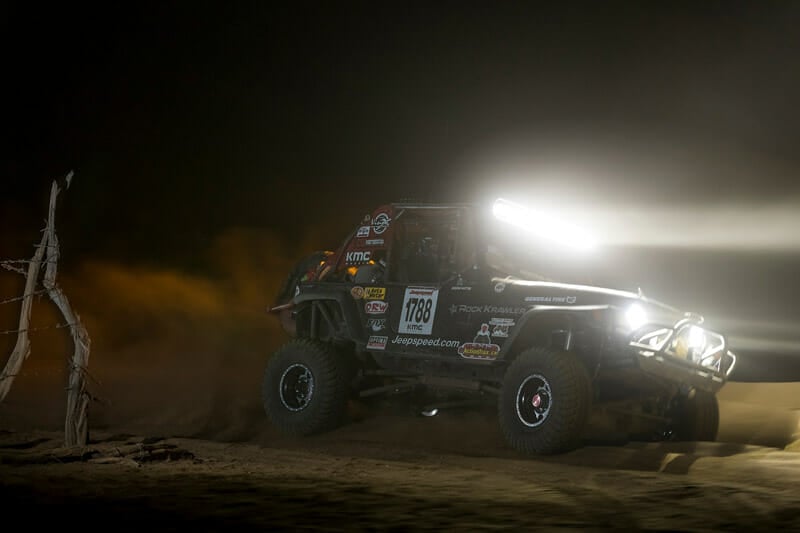 Fire Guys Racing blasted through Baja like the finisher podium was burning in LaPaz. This team of Firefighters blazed their Jeep Wrangler JeepSpeed race machine to the Top of that podium, securing the victory with XPRS Race Bar ready for next season.  Driver, Mark Murell commented, “No moon at this years Baja 1000 so it was pitch black in the middle of Baja! We raced a majority of our race at night but didn’t know it! The Vision X lights we had on our Jeep performed flawlessly.” 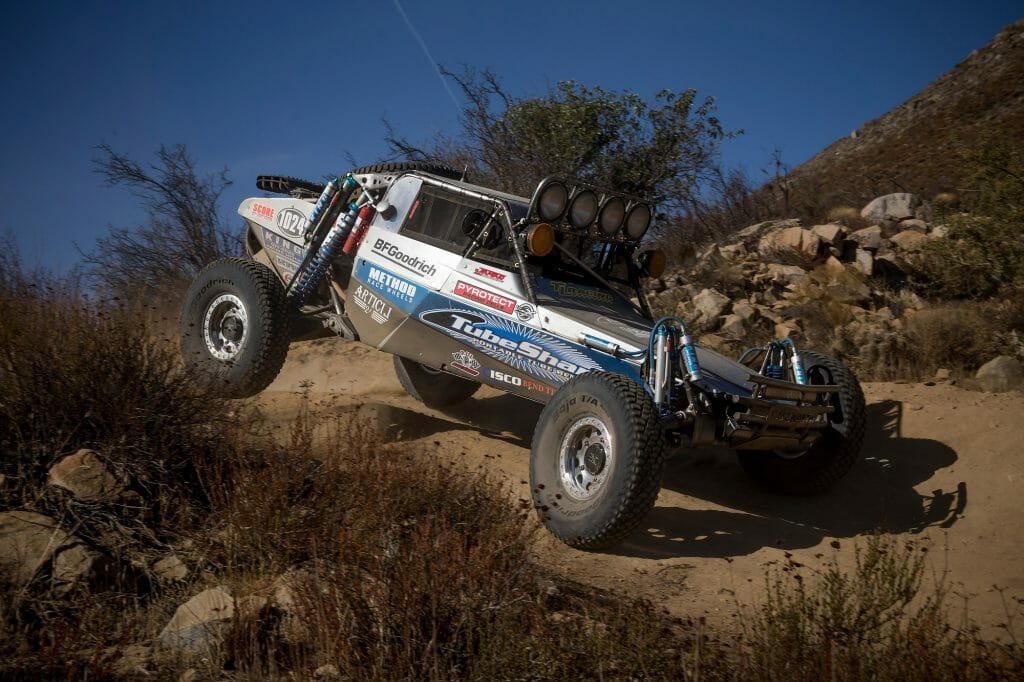 Not all racers were treated to the entire 1100 mile journey. Father and sons team of TL Racing with freshly equipped Class 10 buggy featuring 128W CG2 Light Cannons and XPRS LED Bar found trouble in daylight hours. A broken trailing arm would have them limping for repairs into the evening, with no luck of returning until next year. 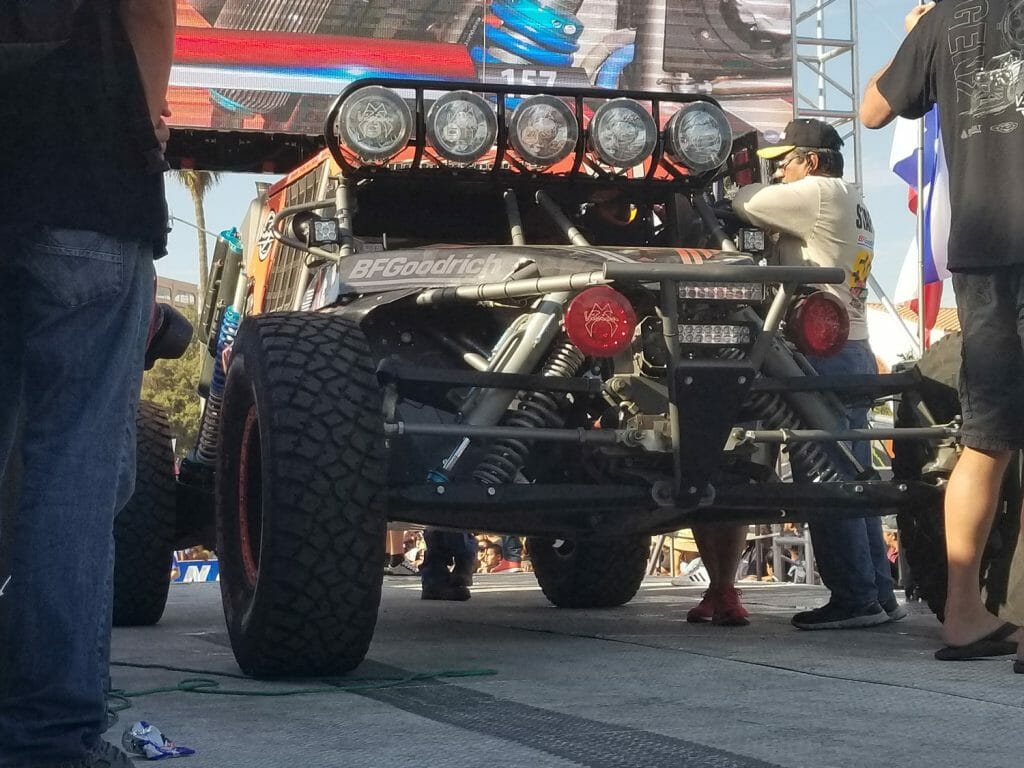 MD Motorsports with their freshly built Class 1 had a scary accident at over 100 mph with another racer. While their new race car was destroyed, everyone involved only suffered minor injuries. The new 100W Light Cannons also took a beating, but reportedly still function as new. How’s that for product durability testing!

Vision X congratulates all finishers of 50th SCORE Baja 1000. Look forward to an even brighter 2018 as more race specific lighting from Vision X is on the horizon, wink wink.