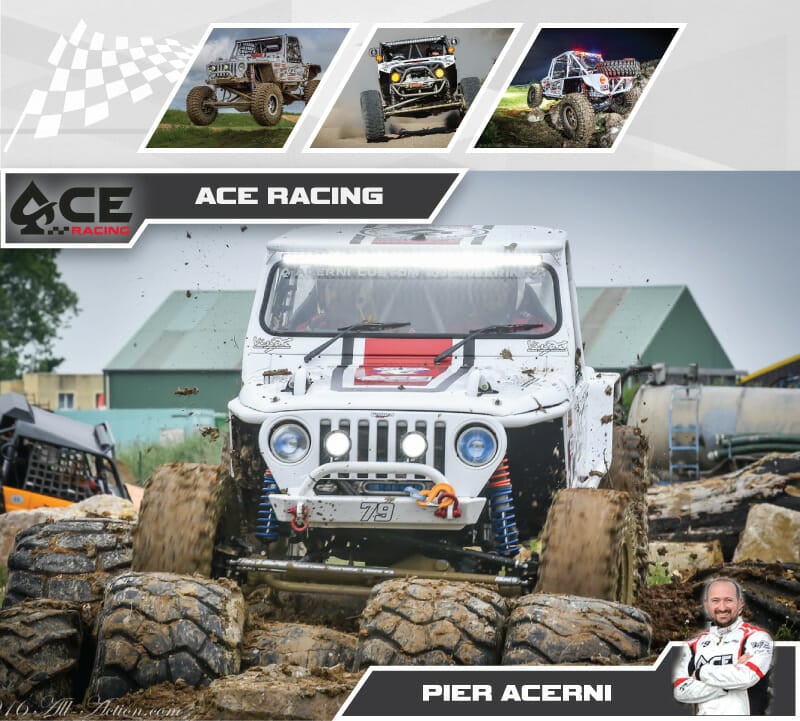 ACE Racing : The Off Road Specialist

ACE Racing has grown out of a common passion for all things off-road from the well known workshops of Acerni Custom Engineering nestled in “Motor Valley”  at the base of the mountains of North Western Italy, near Parma. This is the home and playground of Pier Acerni and his family. Ace Racing is a made up of Pier and his family and Will Overton from the UK. Will and Pier met during the first rendition of ULTRA4 Racing on European shores at King of the Valleys in 2012, a race that Pier went on to win in his home built VisionX supported “Black Jaws’. It was an emphatic victory that saw Pier travel with the car to the legendary King of the Hammers the following year to have a first stab at this iconic race.

Will started off-roading in 2000 and drove his classic Landrover to events around Europe. In 2001 he won The Belgium Nationals XXtreme class. During an overland trip to Sweden, Will first encountered a pimped Jeep Wrangler and knew from that instant on that he would have to have one…fast forward some 16 years and Will now races and competes in his Acerni Custom Engineering Jeep Wrangler TJ named “Matilda” with Pier in the modified class of ULTRA4 Europe. Recently winning the 4500 modified class at King of France and taking 3rd place in the EMC.

Pier is a natural talent behind the wheel. Starting his offroad racing career in 1999  with a win at the  Italian Challenge 4×4 championship in 2001 plus 1st place in the CSAI‐FIA 4x4Cup–Italy 2001.In 2010 Pier won the iconic European selection of Rainforests Challenge Malaysia. This was followed in 2012 & 2013 by back to back wins at ULTRA4 Europe’s King of the Valleys race. Pier has also taken the top slot in the legendary mountains of Andorra at the Andorran X-trem in 2012. Its not for the feint hearted with vast precipices along the course.

Pier leads the family business Acerni Custom Engineering, a service and fabrication shop for all types of vehicles.    Using his experience of racing at the highest level he is able to offer the very best advice and service for his loyal customers.

Pier and Will competed together in 2016 at King of the Hammers EMC race and achieved a 7th in Modified Class and 20th in the EMC.

This modified Jeep TJ is fitted with our sleek roof mounted Xmitter Low Pro Xtreme Light Bar and our ultra bright 25-Watt 4.5″ Cannons. Let’s just say that during the night stage, visibility was not an issue. Even through the most brutal conditions, our lights prevailed. 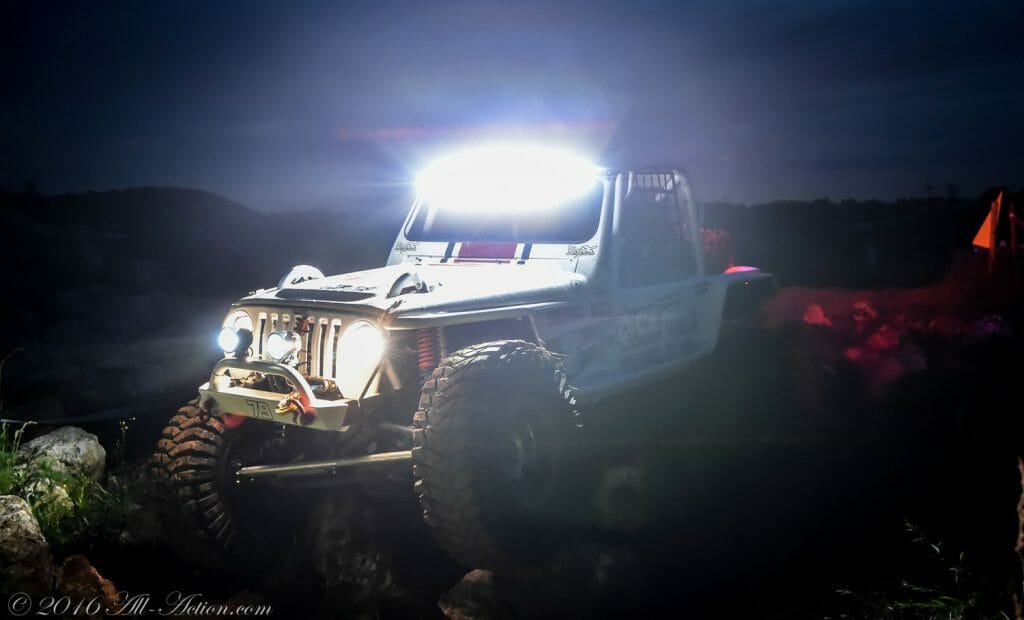