Fresh on the offroad racing circuit, Doug Jackson is constantly making his presence known with his aggressive driving style and multiple podium finishes. Based out of Decatur, Texas, Jackson got his first taste of the racing scene in 2013 as a mere spectator. As Jackson states, ” I went to my first race about 3 years ago and was instantly hooked. I immediately had Adam at Tribe 4×4  build me a car and started racing in 2014.” Racing for only two years, Doug Jackson endured a big learning curve competing against racers who were a fraction of his age and had been involved with racing nearly their entire lives. That didn’t stop Doug Jackson from chasing the adrenaline rush that came with the sport as he had an impressive 2015 season placing 2nd in the Ultra 4 race at Badlands Offroad Park and 2nd at the Crandon Dirt Riot. Outside of racing, Jackson is living the dream as he spends his time piloting his private plane, four wheeling in the mountains of Colorado, and scuba diving in the Virgin Islands. Watch out for Jackson as he looks to make the jump into Desert Racing in the near future.

“Anyone that knows me well, Knows I am very spontaneous and also an adrenaline junkie. That is a very dangerous combination!” – Doug Jackson 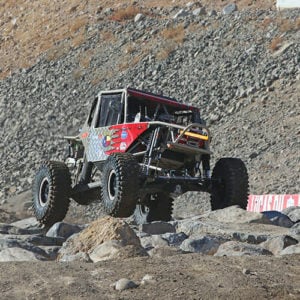