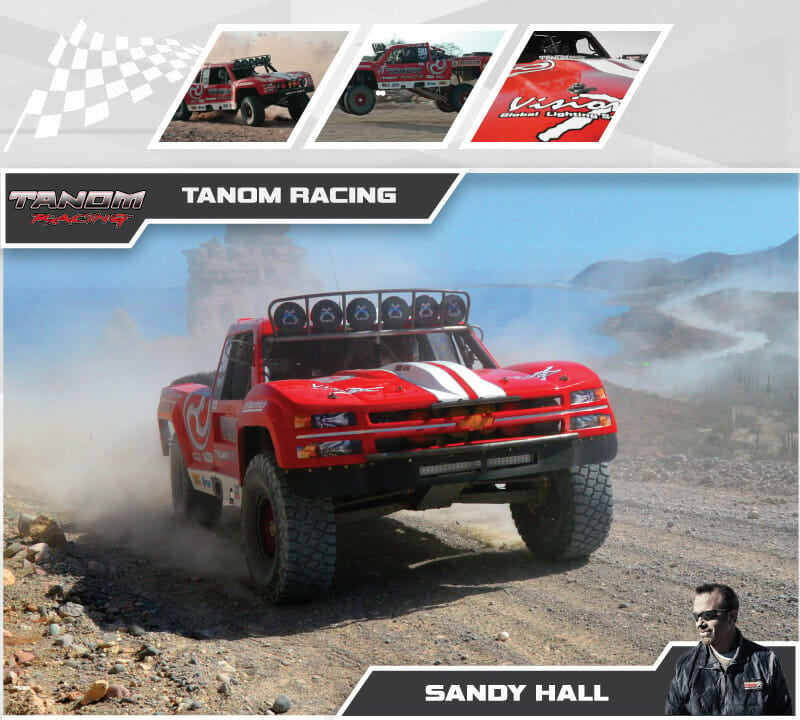 For Sandy Hall and the Tanom Motor Team, racing is much more then a hobby. “It is very difficult, extremely difficult I should say, to put into  into words, or even pictures, what it is to live Off Road Racing in Baja. It is more than just a sport, it is a religion, it is a way of life, and it is the most addictive drug there is out there!” Born in West Virginia, Sandy actually got his start not in a trophy truck, but rather on quads and motorcycles. Sandy got his first taste of racing by competing in the US Motocross series and from then on he was hooked. Weather it was racing on the smooth pavement of Virginia International Raceway or the harsh dirt roads of the GNC Cross Country Racing Circuit, Sandy’s life had become racing. Apart from racing, Sandy has worked in commercial construction for 30 years and in 1994 he started Taft Construction. His success on and off the track only helped fuel his obsession for everything automotive and lead him to create Tanom Motors. In 2006, Sandy took his first trip to the peninsula and discovered Baja racing.

Starting in 2007 the Tanom Racing  team has been nothing short of perfect claiming the title of Series Champion in 4 different classes with 5 of those titles being consecutive series titles in the Class 8 Open Southern Baja Off Road Series.  In 2015, the Tanom Racing team continued their success by being the Class 1 Southern Baja Series Champions and runner up in the Trophy spec class.