Team Vision X’s Loren Healy dominated the ULTRA4 Racing – PCI Race Radios Fallon 250 desert race from start to finish.  He set a blistering qualifying time allowing hime to start pole position for the long 250 mile desert race. From there he took the #67  Nitto Tire/MBRP Exhaust Red Dragon through the relentless dust each lap to best hist next competition, Levi Shirley, by almost 7 minutes!   This victory marked Healy’s first Unlimited Class victory of the season, after literally feeling the burn at the grand daddy of ULTRA4 races, the King of The Hammers. 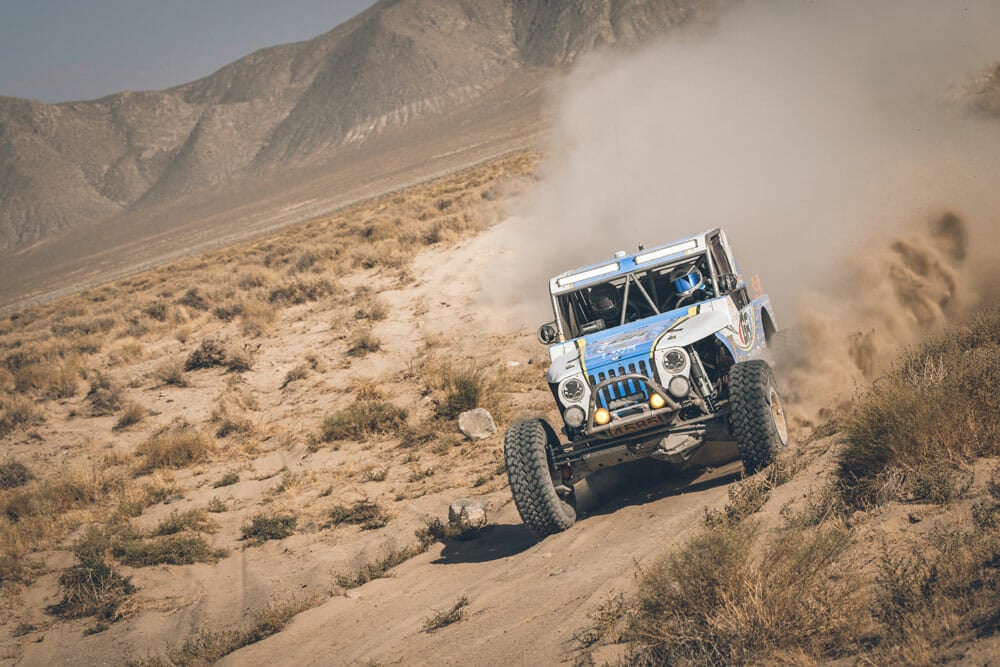 The young Jordan Pellegrino continues to show that his youth and enthusiasm brings the party to the team, a finish line party!  He continues to crush the 4500 Modified class in his GenRight Offroad Jeep.  In fact, not only did he win his race, but won by over 26 minutes!  His 3rd win a row!  After he finished the 4500 race, he decided to qualify himself for the 2018 Nitto King of the Hammers races.  To do this he had to enter his Jeep into the 4400 Unlimited Class, and race against much more robust vehicles, however they wouldn’t get too far away.  The young-gun finished in 12th place even after lending a hand to a fellow competitor, Randy Slawson, allowing Slawson to secure 3rd place!  Now THAT’S sportsmanship! When the day was done Jordan was the only competitor to do 500 miles of racing! Nice work Jordan!

The Wickham brothers, Jade & Kyle Wickham are known to be fast movers in their Factor55 / Vision X backed 4800 Class Legends race car. With a steady pace all day long they were able to pull off the 3rd place podium position.  They did have some family drama as Kyle became sick in the race car, so who better to step in than his wife!   Caylie Wickham jumped in the co-driver seat and called all the GPS points for Jade. Look out Kyle, you may have just lost your seat!

Wickham’s powered through the night with their Evo LED light bar, ironically discontinued now that they have had it forever!  Testament to product quality?  We think so!  Todays alternative would be the XPR or XPR-S bars. On the A-Pillars they have 3.7″ Optimus Round pods, and upfront 4.5″ LED Light Cannons (Yellow covers for dust penetration). Follow the Wickham brothers on Instagram. 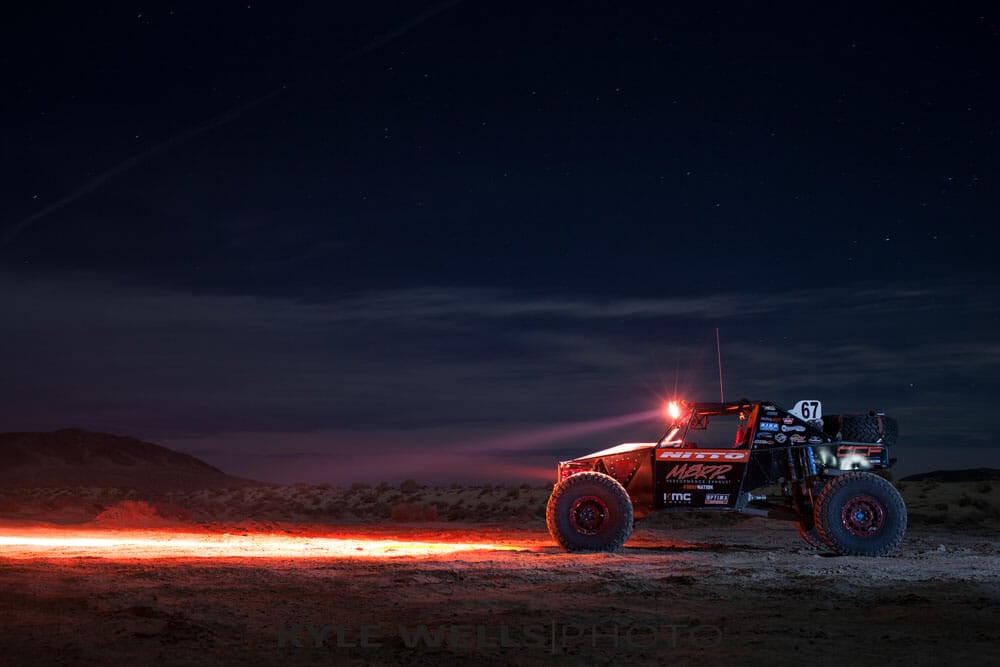 Next Stop for Team Vision X ULTRA4 is the 2017 Nitto National Championship in Reno, Nevada on October 20th.